This Exhibition explores the phenomenon of followers from different communities of faith attending the same sanctuaries. The original design of the exhibition was the fruit of several years of scientific research conducted by the Centre National de la Recherche Scientifique (National Center for Scientific Research) and Aix-Marseille University, the exhibition takes a fresh look at the religious behavior of Mediterranean populations and highlights some of the most interesting (and most overlooked) phenomena in the region, namely the sharing and exchange between religious communities. The exhibition focuses its attention on contact situations where sites and figures of sanctity place distinct traditions in communication. By introducing the places, figures and practices, the exhibition is designed as an invitation to explore this little known feature of the Mediterranean world.

Professor Barkey is continuing her scholarship in a new position at UC Berkeley as the endowed chair of the Othering and Belonging Institute’s Religious Diversity research cluster, as well as a faculty member in the Department of Sociology. See interview for more info.

Shared Sacred Sites is a collaborative project that seeks to develop a rubric for the description, classification, analysis, and publication of work relating to spaces and locations used by multiple, disparate communities for religious purposes. The project is composed of several sub-projects that individually address different and particular difficulties in the study of shared sacred sites and that combine to form an important, updated, and modern survey of the unique features, mechanisms, and adaptations of coexistence found in the communities involved with shared sacred sites.

The working group aims to produce works to answer questions on what toleration is and how it has developed and is practiced in various societies, as well as what contributes to its creation and its breakdown.

See the project page for details.

Center for Democracy, Toleration, and Religion 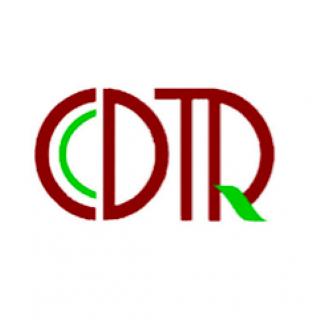 The Center for the Study of Democracy, Toleration, and Religion (CDTR) was founded in 2006 at Columbia University by Professor Alfred C. Stepan through a grant from the Henry R. Luce Initiative on Religion and International Affairs. Professor Karen Barkey became co-director of CDTR in 2009. CDTR conducts research and training on the interfaces of and tensions between religion, toleration, and democracy in the world.

This past project at Columbia University translated into Arabic and published the following books in Lebanon. The project was started by Alfred Stepan and put into action by Karen Barkey. The project, with All Prints Publishers in Beirut, published a dozen important English language books on democracy and case studies on democratic transitions into Arabic for distribution throughout the Middle East and North Africa.