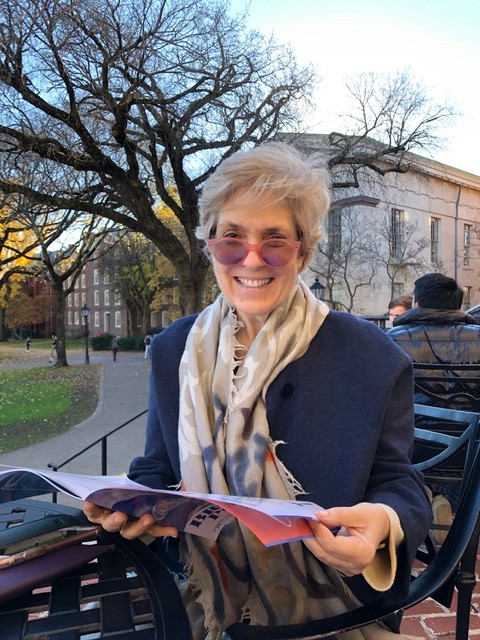 Karen Barkey was born in Istanbul, Turkey. After she graduated from the Lycée Notre Dame de Sion, in Istanbul, she moved to the United States for her college education. She got her B.A. from Bryn Mawr College. She then got a M.A. degree from The University of Washington and a Ph.D. from the University of Chicago.

She has two children, Josh and Anna Claire.

Karen Barkey has been engaged in the comparative and historical study of the state, with special focus on its transformation over time. She has focused on state society relations, peasant movements, banditry, opposition and dissent organized around the state. Her main empirical site has been the Ottoman Empire, in comparison with France, the Habsburg, and the Russian Empires. She also pays attention to the Roman and Byzantine worlds as important predecessors of the Ottomans. She has worked in the Ottoman archives in Istanbul (Topkapı and Başbakanlık) as well as in Manisa. She also worked in the Archives Nationales in Paris.

Her work Empire of Difference (Cambridge UP, 2008) is a comparative study of the flexibility and longevity of imperial systems. In different chapters, the book explores the key organizational and state society related dynamics of imperial longevity. In contrast to a Gibsonian concern with imperial rise and decline, a common feature of conventional analyses, this book demonstrates that the flexible techniques by which the Ottomans maintained their legitimacy, the cooperation of their diverse elites both at the center and in the provinces, as well as the control over the economic and human resources were responsible for the longevity of this particular “negotiated empire.” In the process, it explores important issues such as diversity, the role of religion in politics, Islam and the state as well as the manner in which the Sunni-Shi’a divide operated during the tenure of the Ottoman Empire. Such topics are relevant to the contemporary setting and the conflicts we endure today.

Karen Barkey is pursing different projects on religion and toleration. She has written on the early centuries of Ottoman state toleration and is now exploring different ways of understanding how religious coexistence, toleration and sharing occurred in different historical sites under Ottoman rule.

She published an edited book, Choreography of Sacred Spaces: State, Religion and Conflict Resolution (with Elazar Barkan) (Columbia UP, 2014) that explores the history of shared religious spaces in the Balkans, Anatolia and Palestine/Israel, all three regions once under Ottoman rule. The book explores the politics and culture of conflict and cooperation over religious sites. It also provides the historical antecedents to help us understand the accommodation and contention around specific sites in the modern period, tracing comparatively areas and regime changes over time. In many places the long history of sharing sacred sites serves as an indicator of the possibilities for pluralism in the context of empire.

She has also co-curated two exhibition projects on Shared Sacred Sites in Thessaloniki, Greece and in New York City.